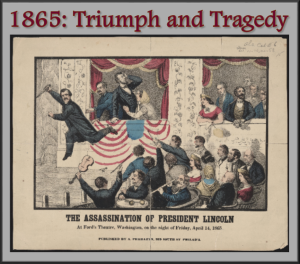 Exhibit on view until February 2016. Open Tuesdays and Thursday, 3-6pm and the second Saturday of every month, 1-4pm.

“1865: Triumph and Tragedy”: On April 9, 1865 Confederate General Robert E. Lee surrendered to Union General Ulysses S. Grant, ending the bloodiest conflict in American history. Six days later, John Wilkes Booth ended the life of President Abraham Lincoln. The year ended with the passage of the 13th amendment to the United States Constitution, ending slavery in America. On May 5, the Union League began a new chapter in its history with the opening of its new clubhouse on South Broad Street. These and other events of the year will be explored in the exhibit on Philadelphia and the Civil War. 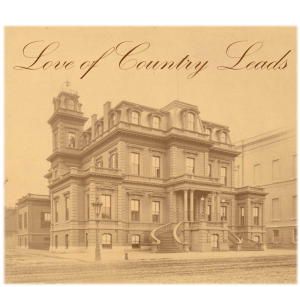 “Love of Country Leads”: Titled after the motto of the Union League, this exhibit gives the visitor an overview of the League’s 150-year history and was designed to showcase some of the League’s historical collections. Foremost among these is a rare copy of the Emancipation Proclamation, signed with Abraham Lincoln’s full signature. It is one of an edition of about 48 that League members arranged to have printed and sold at the Great Central Fair in Philadelphia in June of 1864. (Only about 26 of these still exist.) The fair raised more than $1 million for sick and wounded Union soldiers. Love of Country Leads will remain on display indefinitely.”

This site uses Akismet to reduce spam. Learn how your comment data is processed.